The theme of this year’s Latornell conference, Prescription for a Healthy Environment, brings into focus the relationship between human society and its environment and more specifically our dependence on the environment.  Indirectly though it also draws attention to one of the most enduring dichotomies in our business.
For as long as I’ve worked in the conservation field, there have coexisted two parallel philosophies. For discussion purposes I’ll call them conservationism and environmentalism.
Conservationism developed in the first half of the 20th century as a response to the degradation of the landscape that resulted from deforestation and agricultural settlement. It comes from a rural, agricultural perspective and is founded in a pragmatic view that humans need to restore and manage the environment in order to sustain the economic benefits that accrue from it. Under this philosophy the word conservation is usually defined as “wise use”. A conservationist plants trees but also cuts them down. A conservationist restores wildlife habitat but also hunts. A conservationist’s favourite book is probably Aldo Leopold’s A Sand County Almanac. Conservationism’s implementation philosophy is largely based on voluntary stewardship. Conservationism is explicitly human centric and could probably be best described as protecting nature for humans.
Environmentalism, on the other hand, emerged in the 1960’s and 1970’s. It was responding to the destruction of the natural environment caused largely by pollution from the industrialization of the landscape and comes from a more urban perspective. An environmentalist might plant trees, but would likely protest against logging them. An environmentalist would protect wildlife but would certainly not hunt. An environmentalist’s favourite book would likely be Rachel Carson’s Silent Spring. Environmentalism’s implementation philosophy is largely based on regulation. Environmentalism is nature centric and could probably best be described as protecting nature from humans.
These philosophies are evident in the institutions we have created. The Ministry of Natural Resources, whose primary mandate in to manage the use of Ontario’s natural resources, is based on conservationism. The Ministry of the Environment, established in the 1970’s with an explicit mandate to protect the environment, is clearly environmentalist.  Each has its counterpart at the federal level.
Of course reality isn’t quite that clear cut. I know people that fall into each camp but there are many who are somewhere in between. I came of age in the 1970’s so I started out as an environmentalist but today I would likely describe myself as a conservationist. Conservation Authorities, where I’ve spent most of my career, were founded on the philosophy of conservationism (section 20 of the Conservation Authorities Act) but also deal with public expectations that they be environmentalists.
All of which, I guess, means that we still haven’t quite worked out exactly what our relationship with the rest of the planet is. But perhaps it’s time we did. Latornell’s focus on exploring this relationship by examining the connections between human health and environmental health is at least a start. 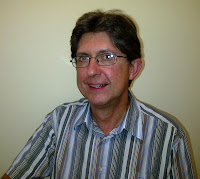